Peter Duffy Limited has recently added one Doosan DX300LC and two Doosan DX225LC to its fleet of excavators. These new units supplement the existing Doosan units owned by the company. Doosan excavators, (previously known as Daewoo) have been a constant and reliable part of the company’s fleet for over twenty five years and range in size from 1.5t to 30t.

Supplied by Filtermech of Wakefield the machines will be deployed to site during February. 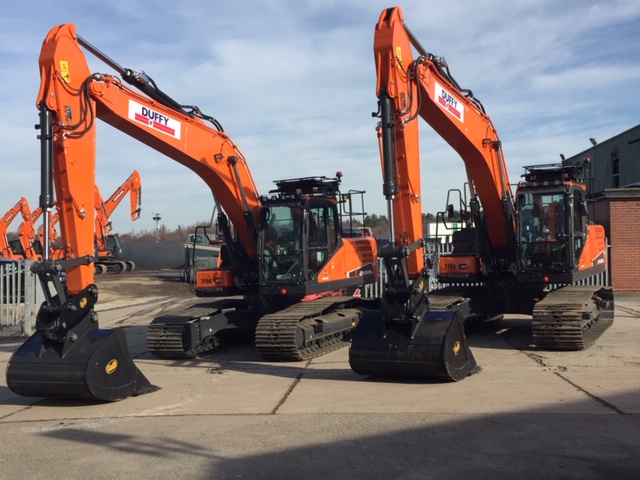