Apprentice of the Year 2018

Peter Duffy Limited Apprentice, Joe Hobson, has been confirmed as the “Apprentice of the Year 2018” at Askham Bryan College where he is currently studying for his Level 3 Advanced Apprenticeship in Construction Plant Maintenance.

The Apprentice Awards Ceremony 2018 will be taking place at the Askham Bryan Campus in March. 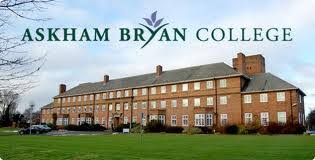 Sandra Burnhill, Executive Director for Apprenticeships, Quality & Standards at the college states “Completing an apprenticeship is a major milestone and the first step on the ladder to a future career, the college and the staff are both proud of the achievement”.

Joe previously was the regional winner of the Construction Plant Association “Stars of the Future” award for 2017. Joe was nominated for the award as he has demonstrated knowledge and technical skills required for this demanding role, combined with his exemplary attendance record and high level of commitment.

Congratulations once again to Joe from all at Peter Duffy Limited