Colleagues from the Wales office of Peter Duffy Limited joined with Welsh Water staff and other suppliers in a charity cycle ride on Saturday 25th March to raise money for LATCH, Welsh Children’s Cancer Charity www.latchwales.org.

The cycle was from Merthyr Tydfil to Cardiff Bay with 27 riders taking part and who enjoyed the fantastic sunny weather as well as a worthwhile cycle. The employees who took part from PDL were; Jody Symon, Ian Gillies, Gavin Goddard, Ross John, Neil Gibbs, Darren Thomas and Marc Goodman.

Anthony Hope from Welsh Water thanked all the riders for their support and for the £440 raised for LATCH. 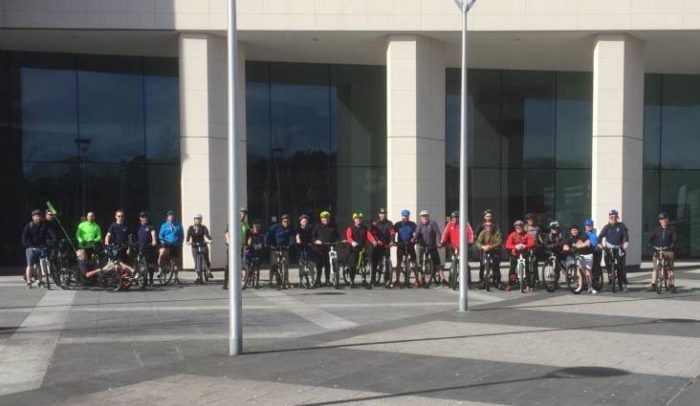 LATCH was formed in 1982 by a group of families and friends who recognised that the children diagnosed with cancer or leukaemia and their families not only needed medical support, but also social and welfare support to ease the huge financial and emotional burden. At that time, the Children’s Oncology Unit was based in Llandough Hospital. They called the charity LATCH as an acronym of: Llandough Aims to Treat Children with Cancer and Leukaemia with Hope.