CITB Give Construction a Try 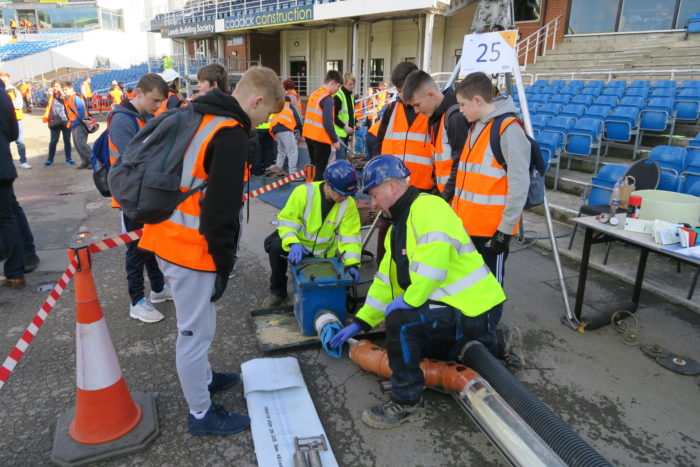 As part of our support for National Apprenticeship Week 2017 we attended the CITB “Give Construction a Try” event held at Headingly Stadium on 8th March 2017.  We were tasked with providing a “hands on” activity which the visiting school children could participate in, and we decided to show a demonstration of the inversion process used in sewer lining.  I was joined by Malcolm Macdonald and Wayne Egan, who led the demonstrations.

We ran the demonstration 8 times in total, to groups of up to 16 school children.

The groups were shown around the van that the ambient cure teams work out of, and we had the opportunity to talk to them about the sewerage industry and civil engineering.  I was really pleased with how engaged the children were and how willing they were to participate in the demonstration and to ask relevant questions.

We met with Rhino’s mascot, Ronnie the Rhino and Malcolm was interviewed by Leeds Rhinos superstar Jamie Jones-Buchanan, however Malcolm is a keen Castleford Tigers supporter! 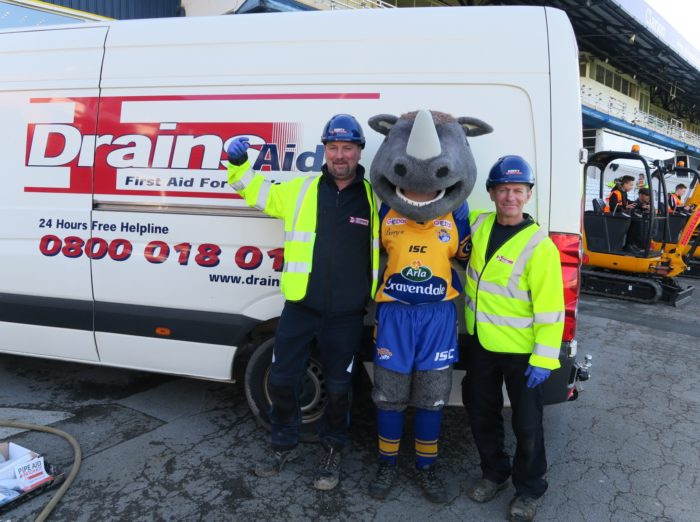 Overall we had a successful day and the hands on format worked very well.